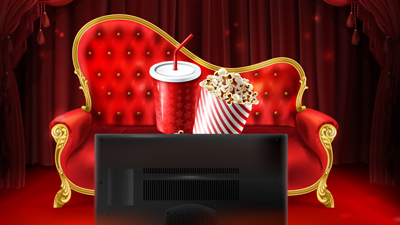 Theatre to Stream at Home

Here we've collated links to some of the theatre we've been watching. If you have any recommendations, we'd love to hear from you on social media!

Each Thursday, NT Live stream a free full-length play on their YouTube channel. Keep an eye on the NT Live website for future productions.

A series of plays from the Royal Shakespeare Company, Shakespeare's Globe theatre and the Royal Opera House. Including Romeo and Juliet, Othello and Midsummer Night’s Dream. .

Andrew Lloyd Webber – The Shows Must Go On

Andrew Lloyd Webber musicals will stream each week including include Jesus Christ Superstar, Cats and The Phantom of the Opera.


Watch Phoebe Waller-Bridge take to the stage with a one-woman version of the critically-acclaimed Fleabag.

A performance of Emma Rice's ebullient theatrical production of Angela Carter's deliciously dark final novel, a story of twins from a dysfunctional family who pursue a career performing as showgirls.

Watch The Two Noble Kinsmen for free, directed by Barrie Rutter and filmed from Shakespeare’s most famous stage, the Globe Theatre.

On the last Monday of each month NT Live run an online theatre based quiz! Join in on Facebook or YouTube.


Comedian and TV presenter Joel Dommett hosts this show from home, the perfect antidote to lockdown.

If you’ve missed one, a short version and answers is available on his YouTube channel.

Head over to G4's Facebook page where they host regular live #boredombuster videos. Join in live or catch up on with past videos.

Although Chesterfield Museum is currently closed, their website offers plenty of online activities.