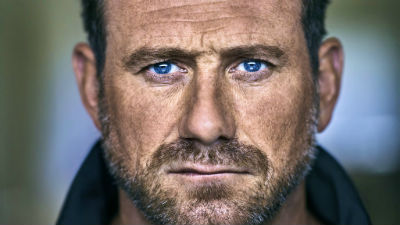 Jason Fox is an ex-Special Forces soldier, star of TV’s SAS: Who Dares Wins, Inside The Real Narcos and author of Number One Bestseller Battle Scars.

Jason will bring to the stage and on tour for the first time, the remarkable story of his daring exploits in a distinguished career as an elite operator in the UK Special Forces (SBS) and beyond.

From gunfights, hostage rescues, daring escapes and heroic endeavours that defined his service, to a very different battle that awaited him at home, Life At The Limit is a breathtaking story of Special Forces soldiering; a chronicle of operational bravery, adventure and courage on and off the battlefield. A vivid, searing account of his life, that tells some incredible moments of strength and courage.

Jason's appetite for adventure and extremes has no limit and has led him to take on some amazing challenges both in the Military (Royal Marines, SBS) and in his TV roles - SAS: Who Dares Wins, Inside The Real Narcos and The Final Mission: Foxy’s War. He is also a world record-breaking rower and adventurer who has embarked on expeditions across Alaska, the North Pole and most recently the River Yukon.

His first tour will touch on the incredible moments he has encountered through his career and touch on the struggles he encountered when he returned home to the effects and struggles of PTSD. Civilian life has not slowed or quelled the fire burning deep within Jason, and luckily for the audience he will share behind the scenes anecdotes, some hilarious, others brutal; life on set of C4's SAS: Who Dares Wins; and what it's really like when you come face to face with notorious killers, drug cartels, Mexican warlords and hitmen in Inside The Real Narcos.

Life At The Limit is a very honest account of a long and difficult journey, but it promises to be inspiring, entertaining, funny and moving in equal measure.