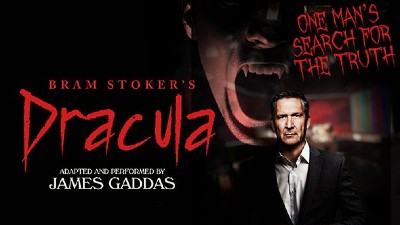 The most famous Gothic horror story of all time.

But when James Gaddas (‘Bad Girls’, ‘Coronation Street’, ‘Medics’ etc) comes across Bram Stoker’s original handwritten copy while working on a satellite channel TV show, what he reads chills him to the bone.

From strange encounters in the Count’s castle in Transylvania, to his ghostly arrival on a ship of death off the coast of Whitby, through midnight seductions and a heroic pursuit across Europe, racing against the setting of the sun – all have served to thrill and excite readers in equal measure.

But this copy contains pages never actually published and leads him to a terrifying discovery.

What if everything we thought we knew – was just the beginning?

What if it’s not a story – but a warning!

What if the legend – is real!

Gaddas brings the original version to life – before sharing his discovery in this electrifying stage show.

Are some things – better left buried?!

DRACULA – ONE MAN’S SEARCH FOR THE TRUTH… 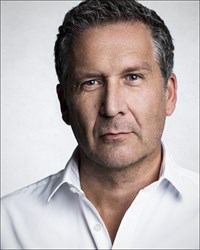